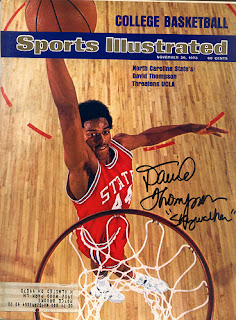 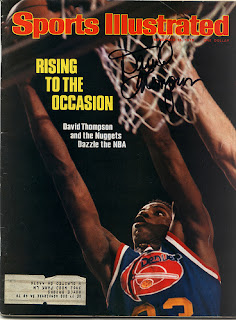 The Skywalker signed these two covers for me. I wish I was old enough to have seen the ABA. All I know of it is from what I've read, primarily through Terry Pluto's excellent book Loose Balls. Thompson was the #1 draft pick in the NBA and ABA in 1975. He was enshrined in the NBA Hall of Fame in 1986.
No comments: 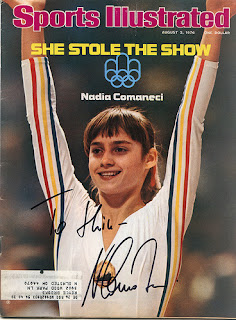 The first 10.0 gymnast in history. She is now married to Bart Connor and lives in Oklahoma.
No comments: 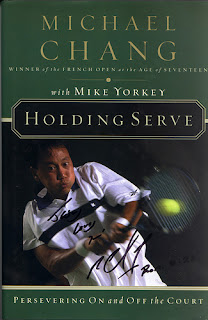 Michael signed the cover of his autobiography. Sent it to his foundation whose address I got from his website. He and I are about the same age, same size, and we share the same favorite bible verse. Romans 8:28 - "And we know that in all things God works for the good of those who love him, who have been called according to his purpose." That's about all we share in common. I read in the book that he used to sign "God loves you" but then one day someone asked him which God, so now he write "Jesus loves you".
No comments: 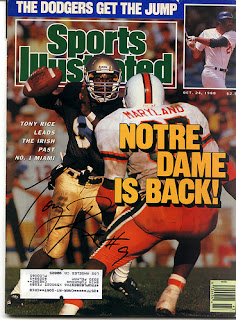 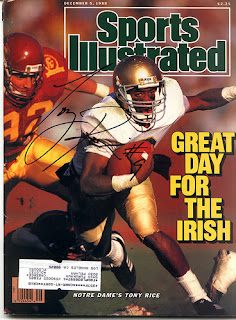 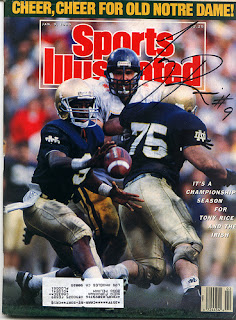 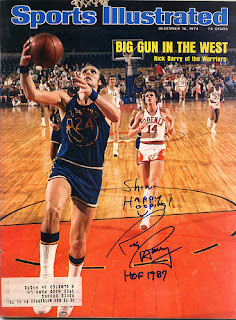 Rick Barry charges a $10 donation to his church for his autograph. Well worth it for another one of the NBA's top 50 players of all-time. I requested that he include an inscription about the ABA, but he said he doesn't do that, especially on photos where he is wearing an NBA uniform.
No comments: 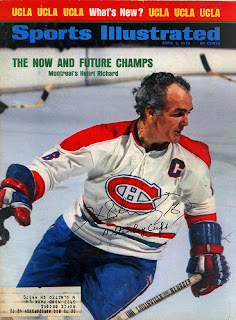 Another return from Canada. Only took 6 days. Henri Richard played on 11(!) Stanley-cup winning teams, more than any other player in history. I asked him to add that inscription, and he obliged.
No comments: 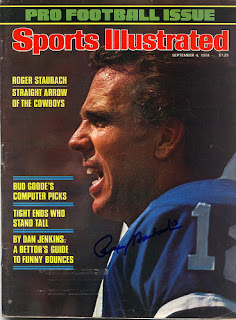 Back when I was working in Dallas, I'd occasionally have to visit the building where Roger's company was headquartered. Never saw him though. Sent this in care of that address.
No comments: 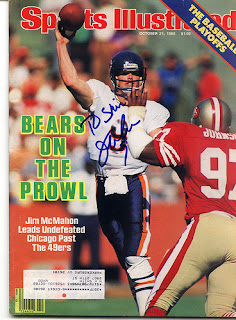 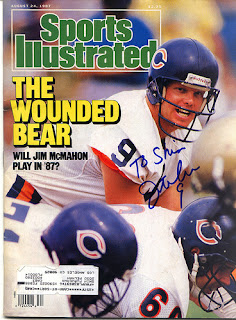 Leader of the infamous 1985 Chicago Bears team. I'm surprised that Jim is a good signer through the mail, considering his public persona during his career.
No comments: 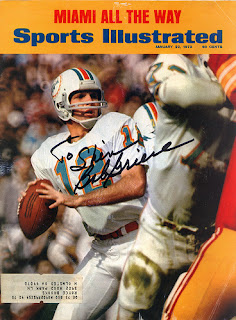 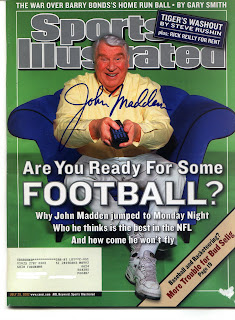 A nice clean signature from Coach Madden. Got it back in 6 days during the off-season.
No comments: 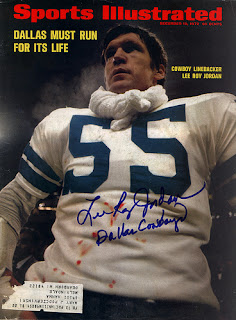