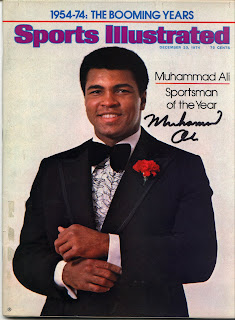 This is the third magazine I bought through the auction. It only cost $35 plus all the other fees. Hard to tell if it's authentic. It looks real when compared to other magazines, but Ali has a fairly easy signature to forge. I'm tempted to send it in to PSA/DNA to have it authenticated. But that would cost $100, and in the end, I don't think it would really matter to me since I am not planning to sell it. The only thing that could happen is that I find out it's forged, and I'm out another $100 on top of what I paid for it. But getting it authenticated would make it worth about $250 or so. Ali actually still does an occasional signing, but with his declining health, his recent autographs are pretty shaky. He signs a lot of stuff, but he's still an amazing autograph to have in my opinion. If I had my choice, I would have him sign one of his other covers though, not this one.
1 comment: 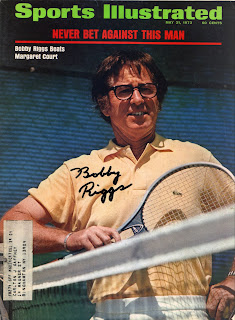 Another one I bought through the same auction. Bobby definitely doesn't sign through the mail (since he passed in 1995) so this was one way to get his autograph.
No comments: 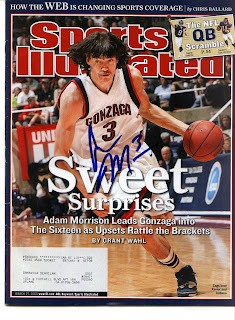 This one is kind of a cheater autograph, in that I didn't get this one myself. I bought it online in an auction from a sports memorabilia dealer for only $7. However, when the shipping cost and auction premium was factored in, it came out to almost double that. But I don't think Adam signs through the mail, so what the heck. Too bad the autograph is only his initials and his number 3. Much has been made about his moustache, but I think it's a big joke he's playing on the rest of us.
No comments: 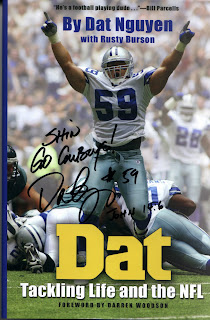 Overall this is a pretty cool photo of Dat Nguyen. I remember reading about him as a high school player in Texas. He used to be a pretty decent basketball player in those days as well. He absolutely destroyed the UCLA Bruins in his last collegiate game, and turned out to be a decent player in the pros. A friend of mine used to work at a bank where he would sometimes come in, and said he was just a super nice guy. The coolest thing in Dat's book was in the Foreward section written by his teammate Darren Woodson. He wrote that Dat would be the first guy at practice every morning. And every morning, like clockwork, he would would study the Scripture.

Dat's favorite verse is John 14:6 - Jesus answered, "I am the way and the truth and the life. No one comes to the Father except through me.
No comments: 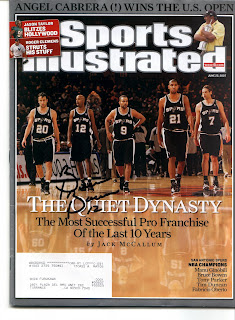 One of the few active NBA players who sign through the mail. One of the top defenders in the game.
No comments: 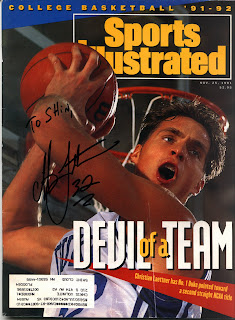 Christian Laettner has a bad rep, but you can't deny that he was one of the greatest players in college basketball history. I often wonder how he felt being the only collegian on the 1992 Dream Team. Looks like he was wearing lip gloss for his SI cover.
No comments: 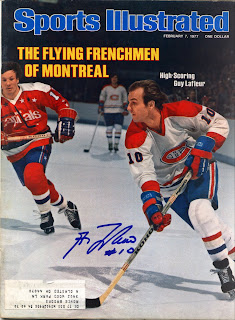 I got really busy with work and everything else, and stopped sending out magazines for a while. This was my first return from the batch that I sent out right after the holidays. This was the second issue of SI I asked him to sign. The first one was really nice, but I ended up giving it to my boss (as I told Guy I would when I requested his autograph). So I wanted one for myself. As usual, Guy was very quick in returning the request, even from Canada.
No comments: