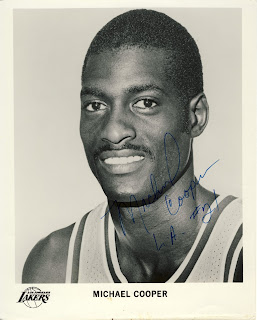 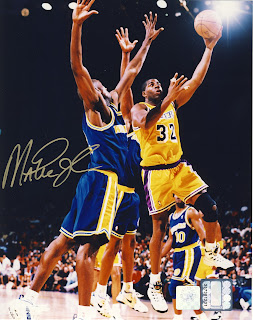 I decided to post my collection of random signed 8x10 photos.

The Michael Cooper photo was personally obtained for free back in the early 80s when he was making a promotional appearance at the J.C. Penney's at Fox Hills Mall in Culver City. There were probably about 20 other people there, very low key. 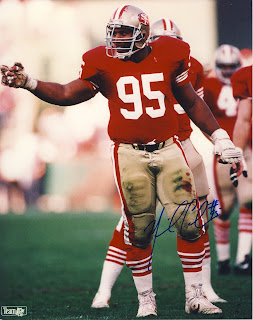 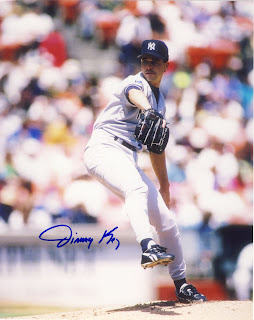 The Magic Johnson photo was received as a gift a few years ago. It comes with a COA, but COAs aren't really worth the paper they're written on. 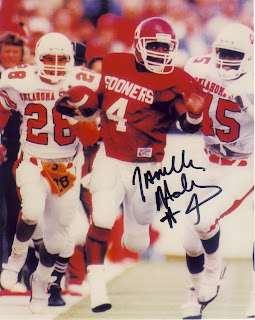 The Michael Carter photo was purchased off ebay. He still holds the National High School record for the shotput, and is an SMU grad.

The Jimmy Key photo was obtained for free from Sports Collectors Digest when I signed up for a two year subscription. The promotion they were running was that I would get a free autographed 8x10 with a subscription, but it was their choice of who I'd get.

The Jamelle Holieway photo was purchased from ebay. The quality of the photo is poor, but I like the action pose. I used to think Jamelle was awesome back when he was running the wishbone for Oklahoma.